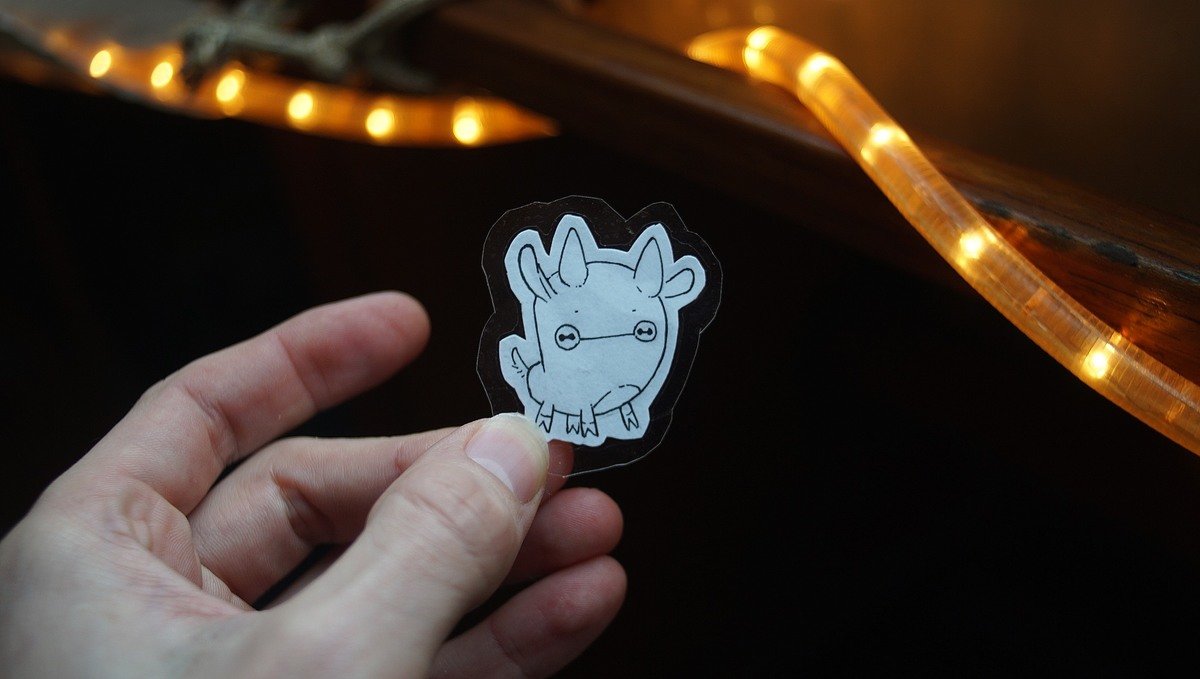 The Uxn ecosystem is a personal computing playground, created to host small tools and games, programmable in its own unique assembly language.

It was designed with an implementation-first mindset with a focus on creating portable graphical applications, the distribution of Uxn projects is akin to sharing game roms for any classic console emulator.

We've already ported orca, nasu, left and noodle to uxn-compatible ROMs. Each one is written in a special flavor of assembly designed specifically for the Uxn computer. To learn more, see the technical documentation.

Because Uxn was explicitly created to exist as software hosted on pre-existing hardware, the design was advised primarily by relative software complexity, not by how fast it could be made to run. Features were weighted against the relative difficulty they would add for programmers implementing their own emulators.

Stack-machines, and postfix arithmetic, are ideal candidates for this scale of personal computing. Not only does it make for extremely basic compilers, the resulting programs are succinct and translate well to pen & paper computing.

With only 64kb of memory, it will never run Chrome, TensorFlow or a blockchain. It sucks at doing most modern computing, but it’s also sort of the point, it's more about finding what new things could be made in such a small system.

What's the benefit of Uxn over C, when just about everything has a C compiler?

While terminal utilities can be made portable, cross-platform graphical development is different. Even building projects for platforms with C compilers, such as Linux and Plan 9, will require a near total rewrite, whereas porting the thin layer that is the uxn emulator will allow that same rom file to be used on both systems.

uxn is a portable virtual machine, meaning that its programs are designed especially to be working on different consoles and devices. The same Uxn program can be used on a NintendoDS, on a desktop computer, in a browser, on tiny electronics, and modern electronics without having to do any changes to the code.

This guide will focus on getting you started with the Uxn emulator for desktop computers, but if you quickly want to try Uxn, you can load a rom directly in your browser by using the web version of Uxn.

The desktop emulator is built with SDL2, download SDL2 for your operating system.

The next step is for you to download the uxn emulator:

Why create a smol virtual computer? 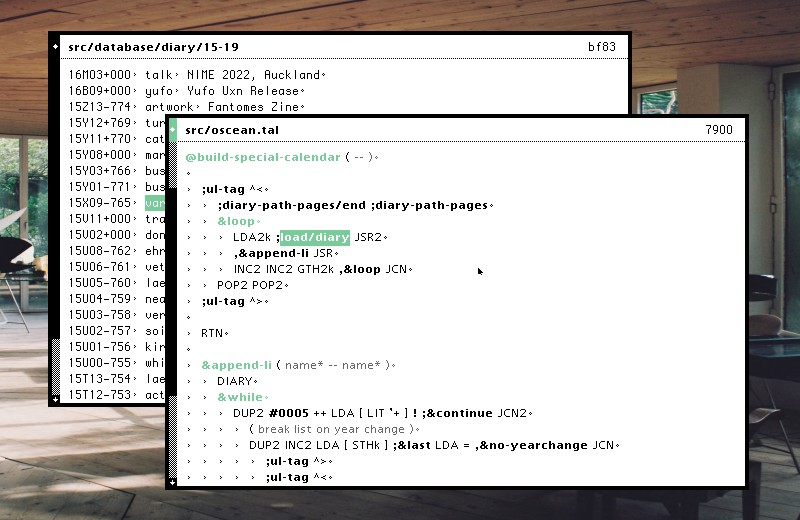 We want to produce lasting versions of our tools and games, and by using simpler systems(the UxnVM is about 200 lines of C) we can build more resilient software due to their lack of dependencies, and support older hardware when possible. The Uxn emulator is extremely simple, and can be ported to an unsupported system quickly. Try Uxn on NintendoDS, Gameboy Advance, Rasperry Pi Pico or on desktop.

As it stands today, modern software is built with extreme short-sightedness, designed to be run on disposable electronics and near impossible to maintain, so we decided to not participate in this race to the bottom. Our aim is to create a machine that focuses on answering the handful of tasks we need, which is centered around building playful audio/visual experiences.

Back in 2016 when first operating on a sailboat, we experienced frequent failures with both software & hardware, largely due to our small energy storage and lack of reliable connectivity. The solution was to create tools that would be better suited to our needs. The objective was to replace the bloated, closed-source or subscription software that we were using to do creative work, such as Photoshop, Xcode and Ableton. We were somewhat familiar with web technologies, so we decided to build our programs on this new framework called Electron.

While solving some of our issues, Electron was rapidly increasing in size and soon joined the rest of the software that we wanted to do away with. Our focus shifted toward reducing our energy use, and to ensure reliability by removing all dependencies.

And so, in 2021 we took our biggest leap yet toward longtermism and designed a small virtual machine with a focus on implementability; meaning that moving forward, our software will live on a virtual machine. In other words, the code will stop having to be ported, but instead to make something available on a new platform would our needs or devices change, the emulator remains the only piece of code to be ported, which is explicitly designed to be easily implemented.

Uxn is currently under development, we use #uxn on irc.esper.net to coordinate development [07-05-21]. 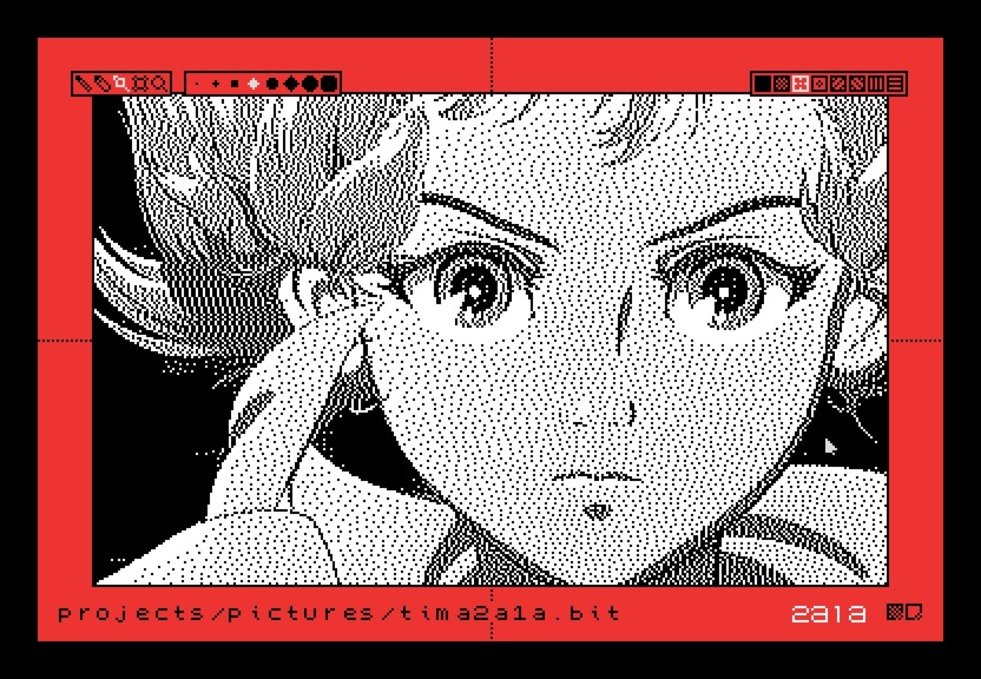 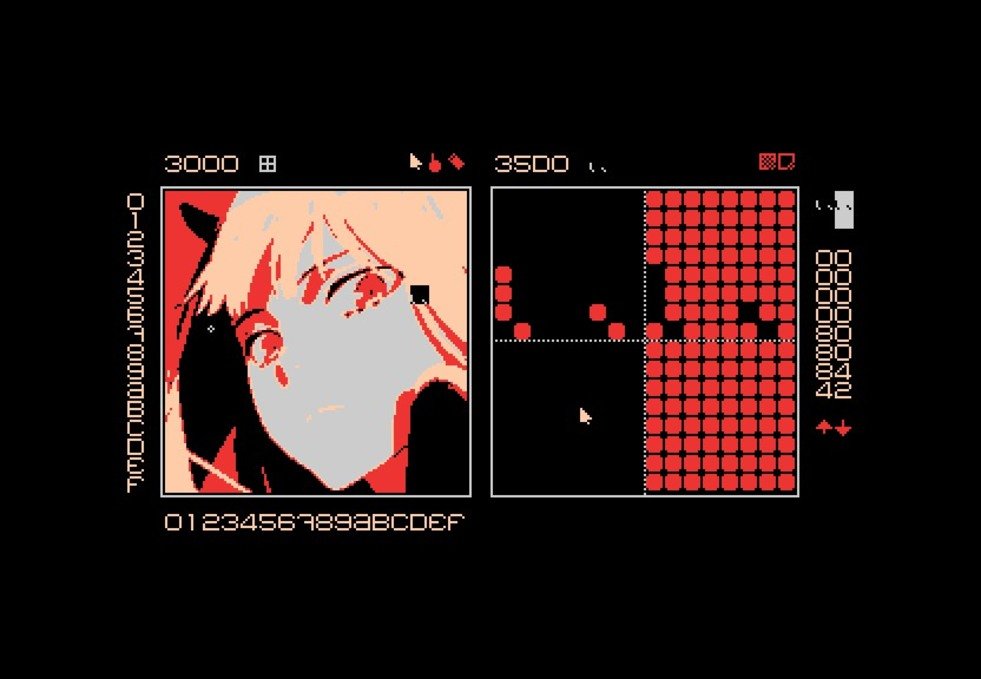