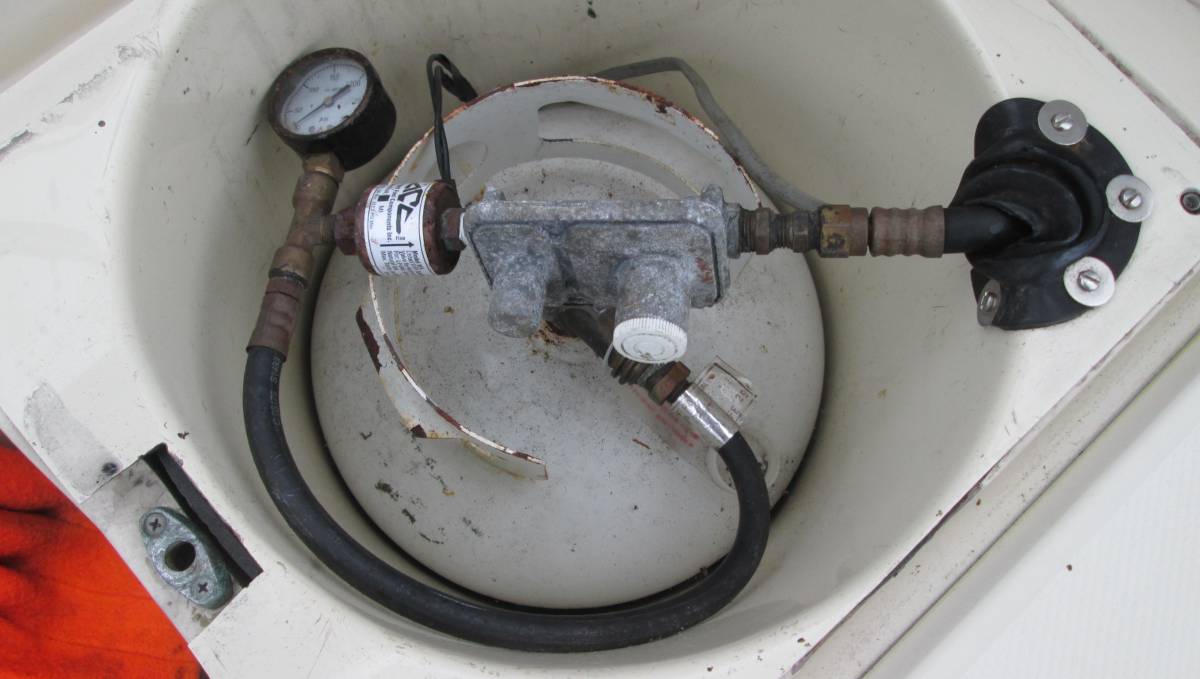 When we bought Pino in 2016, the propane system had an aged appearance but was still good. When we arrived back in Canada after our Pacific circumnavigation the various components had deteriorated, the solenoid and pressure gauge had a thick ugly red coat of rust. To get liability insurance, to be allowed to dock anywhere, a boat has to be surveyed every 5 years. We had Pino looked at in August 2022 and as expected, the surveyor deemed our propane system 'in dire need of rejuvenation'. So, for our liability to be valid and to avoid a potentially disastrous leak, we had to update the system. 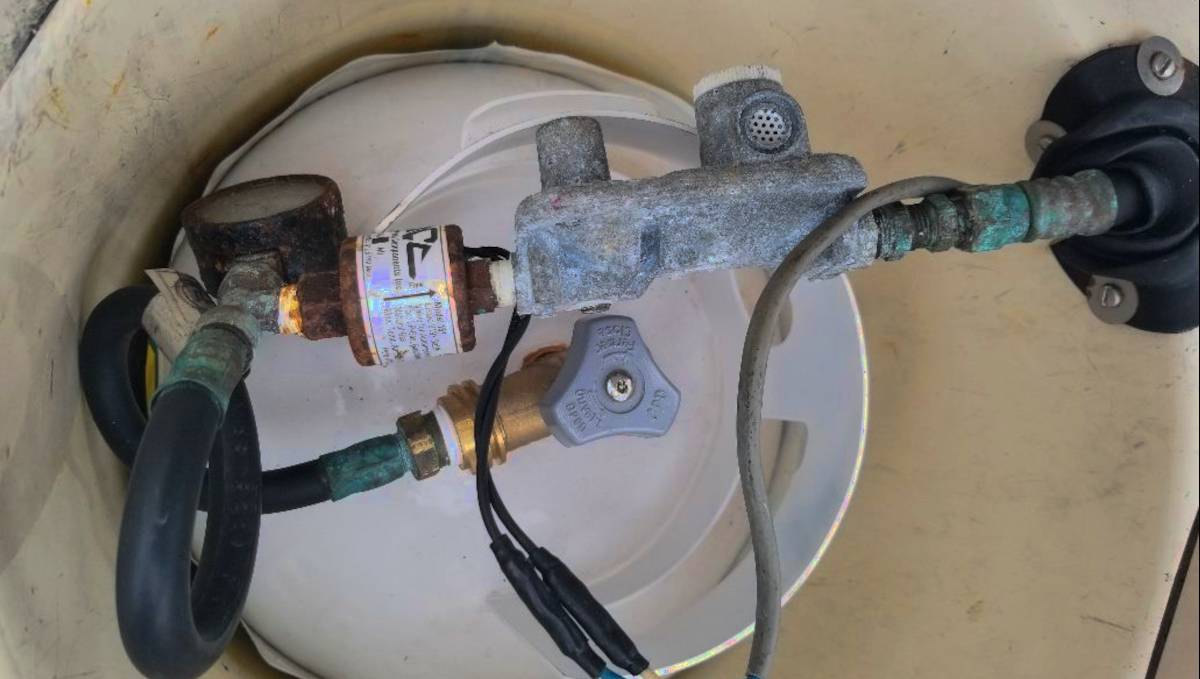 Prior to changing the system we experimented with using an alcohol stove (winter 2021) to see if we could change to a simpler system. Propane setups are highly complex, and producing your own cooking gas is not possible. Alcohol, on the other hand, is possible to produce on a small scale. Producing alcohol on a boat with limited capacity for producing energy though is not easy, and we need plenty to produce our own alcohol. We toyed around with the idea of passive distillation using solar to produce small amounts, but this system may only be possible in high summer (those with experience could tell us). We would still like to try this someday, parts for such a system are easy enough to find. Of course, we would have to make space for such a setup, and real estate on Pino continues to be a problem. 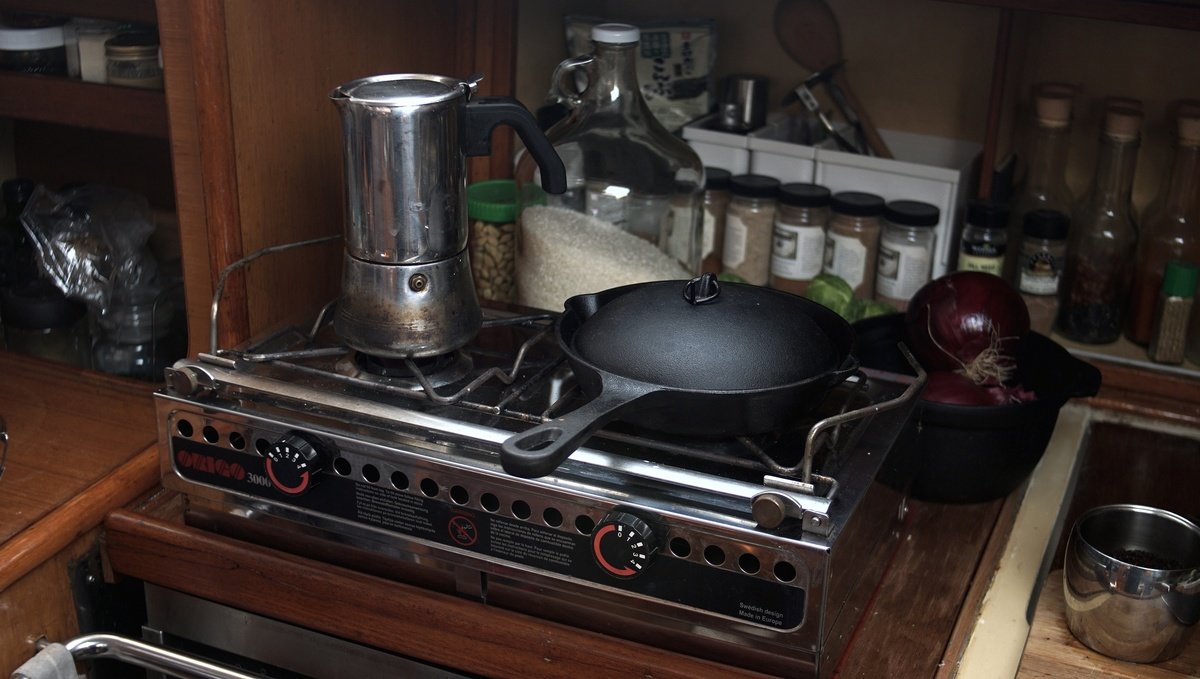 We found a used two-burner Origo stove (non-pressurized) through UsedVictoria. It was a good little stove, very safe and very compact, the only downside was that in Canada it is very difficult to find affordable and safe alcohol to cook with. Because of past accidents, the sale of marine alcohol (denatured alcohol) has been reduced to near zero. Stores keep little in stock. We have found denatured alcohol in metal cans in hardware stores, but these are unbelievably expensive and we think, have too many toxic additives (as a result, the alcohol reeks).

We cooked with methyl hydrate(methanol) for a while, while it burns well and is inexpensive to buy it is highly toxic and filling containers became a worrisome experience. Methanol is absorbed through the skin, stomach, or lungs and much of it becomes formaldehyde in the body, which changes to formic acid in the liver. Formic acid can cause death or damage to the brain or optic nerve leading to blindness. 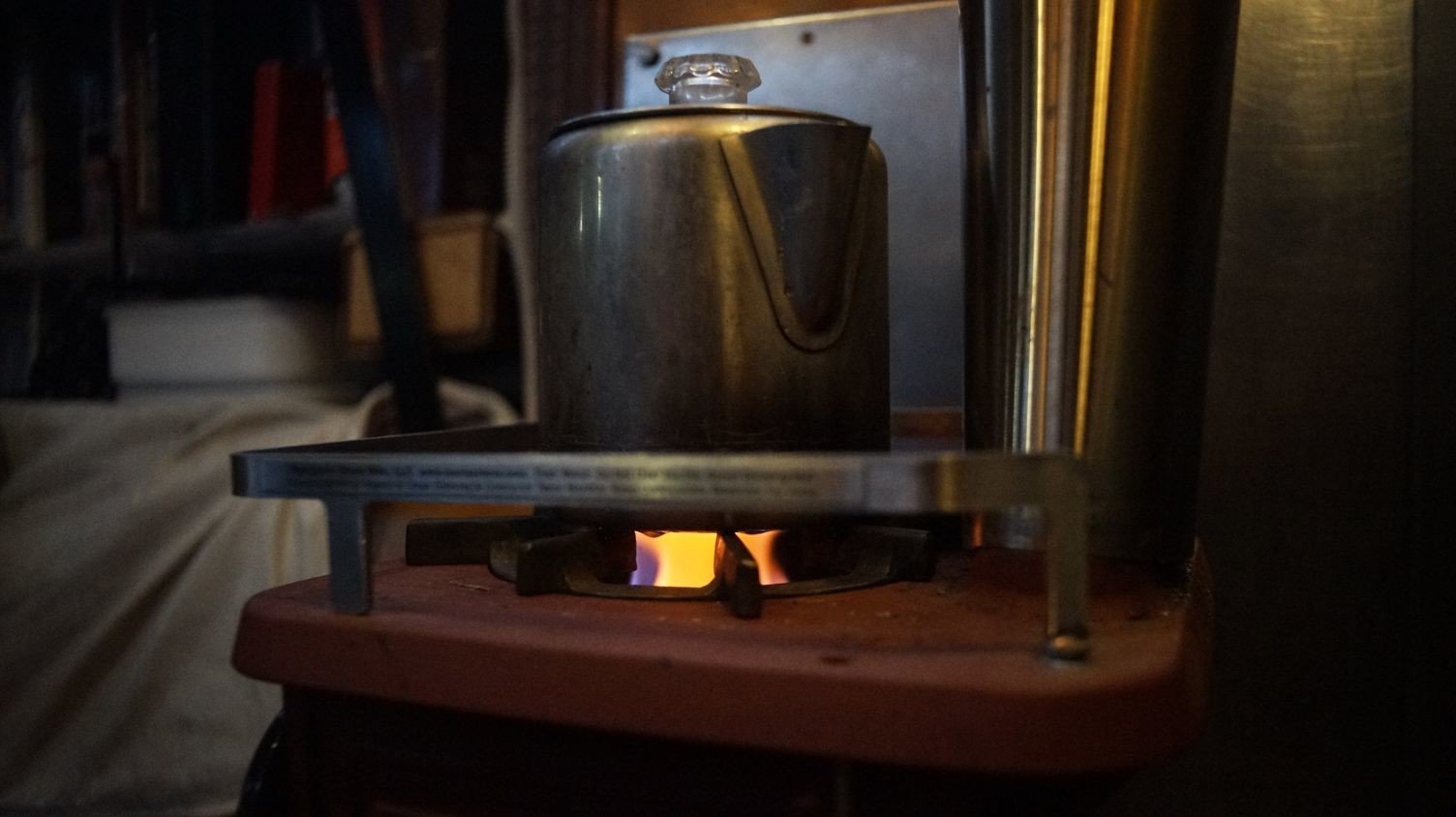 Because we still wanted the option of cooking with alcohol, we sold the Origo and instead bought a secondhand drop-in alcohol burner for our woodstove. The drop-in takes up less room, and has fewer parts that can degrade or fail. The drop-in has become a back-up for cooking in the summer. We buy small quantities of denatured alcohol to use in it, but for now we have no plans to rely on it entirely because of its high cost, that is unless we can figure out our to do solar distillation. See our notes on alcohol stoves.

In June 2022 we ran out of propane while in Desolation Sound, in western canada, and we used the alcohol burner to cook our food until we could reach a port where we could re-fill the tank.

Propane is not ideal, it's high energy but the fact remains that it is a finite and dirty resource, and because it is we are careful in saving fuel. In the winter time when in port when we have access to shore power, we like induction cooking. LPG is reserved for spending time off the grid.

For our system refit, we contacted Propane Depot in Vancouver and asked for their propane marine components which consisted of the following: 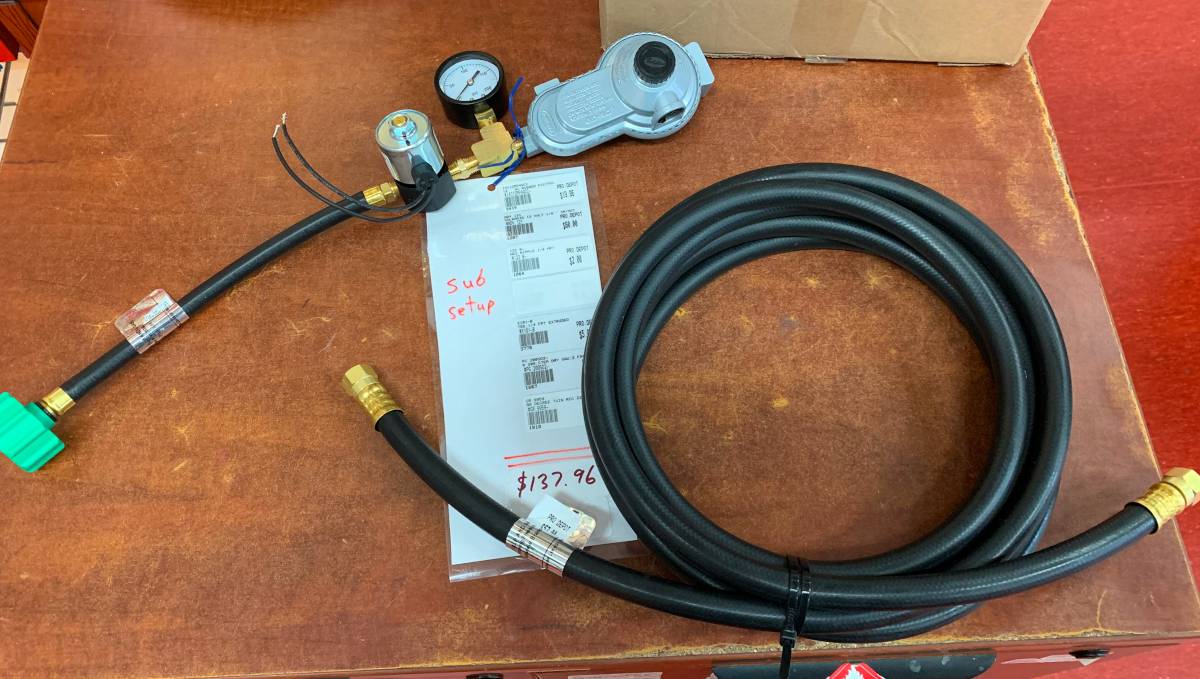 The only component we kept was the sniffer, the electronic panel that turns the solenoid on and off and that checks for leaks in the system.

When updating the system we made two mistakes:

Tee fitting. The space in our propane locker is restricted, and unfortunately new parts change overtime and are not guaranteed to measure the same. The two-stage regulator was longer than our old one, and getting all the components in a short enough line was impossible, especially with the tee fitting we had. The pressure gauge could not be inline with the rest, and had to be on the top end of a tee fitting. We replaced the fitting with the same type that was part of our old system, a 1/4" tee fitting with 3 arms with an inside thread (one for the pressure gauge, one for the solenoid and another for the pigtail to tank connection). We read that it was possible to put the pressure gauge before or after the solenoid, we chose before (it's the only way it could fit in our locker, and it's how it used to be setup before). Placing it there means that it is on the high-pressure side, but it is built to withstand such pressure. In hindsight, we ought to have asked for the exact same parts, but we assumed they'd be the same...

Hose. We also switched to a 20 foot long hose, instead of 15 feet. It is always a good idea to take out a hose and to measure it rather than estimating its length (we have to stop doing that...). We measured without removing it, measuring the spaces we could reach, but it is too difficult to be accurate and removing it is the very best way to get a precise measurement. The hose is 3/8, a flexible rubber hose rated for high-pressure. If you don't know the diameter of the hose, it is is written on the body of the hose itself. Rigid hoses are not recommended on boat because it is too difficult to route them, although they do recommend running the hoses through a plastic sleeve (especially when running through bulkheads) to avoid chafe and ruptures.

All threads were covered with teflon tape to help prevent leaks, and each component has to be well-tightened (hand tightening them won't do). We had a slow leak for a while that was difficult to detect, that is until we rubbed soapy water over all fittings (and found a stream of bubbles at the connection between the solenoid and tank). Each piece was to be tightened in the right order, and well, because afterward re-tightening a part at an earlier stage of the system may mean loosening another (because of how the treading works, this is especially true for the regulator).

Because there is air in the system, it can take a while for the gas to reach the burner when first using the stove.

When we received the new propane parts, we were surprised to see that the pigtail fitting was different. Our old fitting (if you look at the photo above) was a screw-in type Standard QCC fiting, now the new quick close version screws on the outside of the propane tank valve. Removing it is easier with the new type of fitting, and we were quite pleased with this change in design... that is until we ran out of propane while in Desolation Sound (see above note). We always carry a 5 lbs (Japanese) tank to use while waiting to get the main 20 lbs tank re-filled, but we realized on that day that it is only possible to connect the smaller to our system via an inside threaded Standard POL connection. The valve of the Japanese tank has no outside thread. It is possiblet to buy a POL to QCC adapter to fix this problem (we haven't yet).

So, voila, we replaced the propane system on our boat. It wasn't difficult or scary to do, but ordering the right parts will certainly make the job easier.