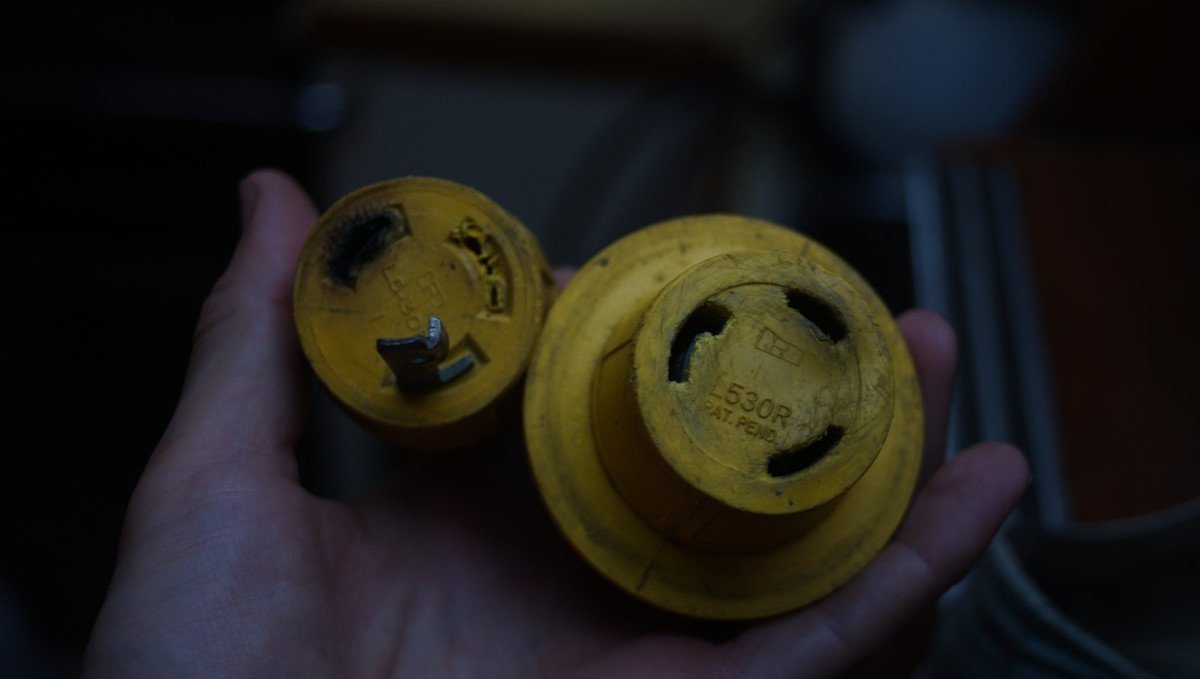 On a rainy summer day, we pulled into Silva bay on Gabriola Island and found a place at a dock to wait out a spell of bad weather. The power receptacle appeared fine, but once we were ready to leave we found the male connection of our shore power cord had melted. Two out of three prongs were stuck in the receptacle. We've never had issues with our cord before, and for now we assume that the marina shore connection was faulty. Either way, we had to repair the power cord.

We always prefer to repair than to replace, so when we returned to a place with a marine store, we got ourselves replacements connections, both male and female, to replace the two damaged ends.

We thought we'd document the process of fixing a shower power cord. Although, this is only specific to Marinco marine fittings.

We re-used both the old wire, as well as the old sealing ring (we have one at both ends). 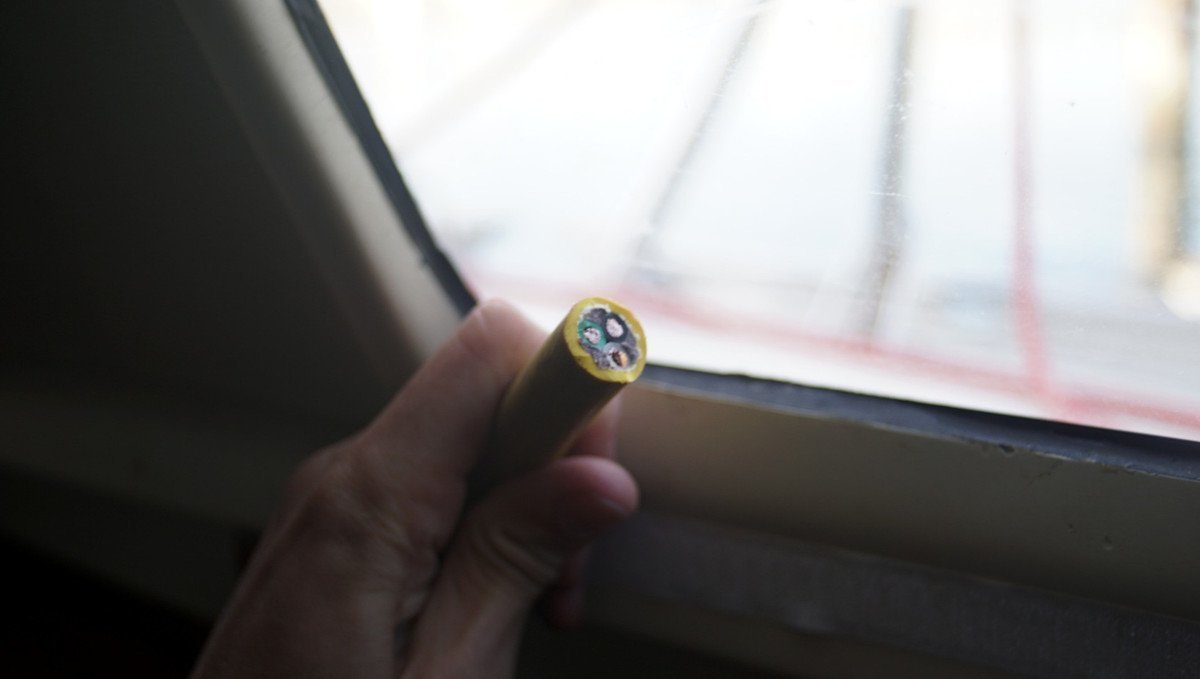 The cord itself was fine, the wires were nice and red with no corrosion present. We cut the old heads off with a pair of shears.

We passed the weather proof covers first, one on each end, adding a bit of dish soap to help them along the wire. Then we unscrewed the top 3 screws on the head of each connector, separating the white part from the yellow part. Like the weatherproof cover, we slid the yellow part over the wire first. The yellow half has 2 screws at its base, used to secure the housing to the wire later.

We then striped roughly 1 1/2" of the yellow outer sleeve of the power cord wire to reveal 3 smaller wires tucked inside: a black, white and green (ground). The wire also had some packing, which we cut down. 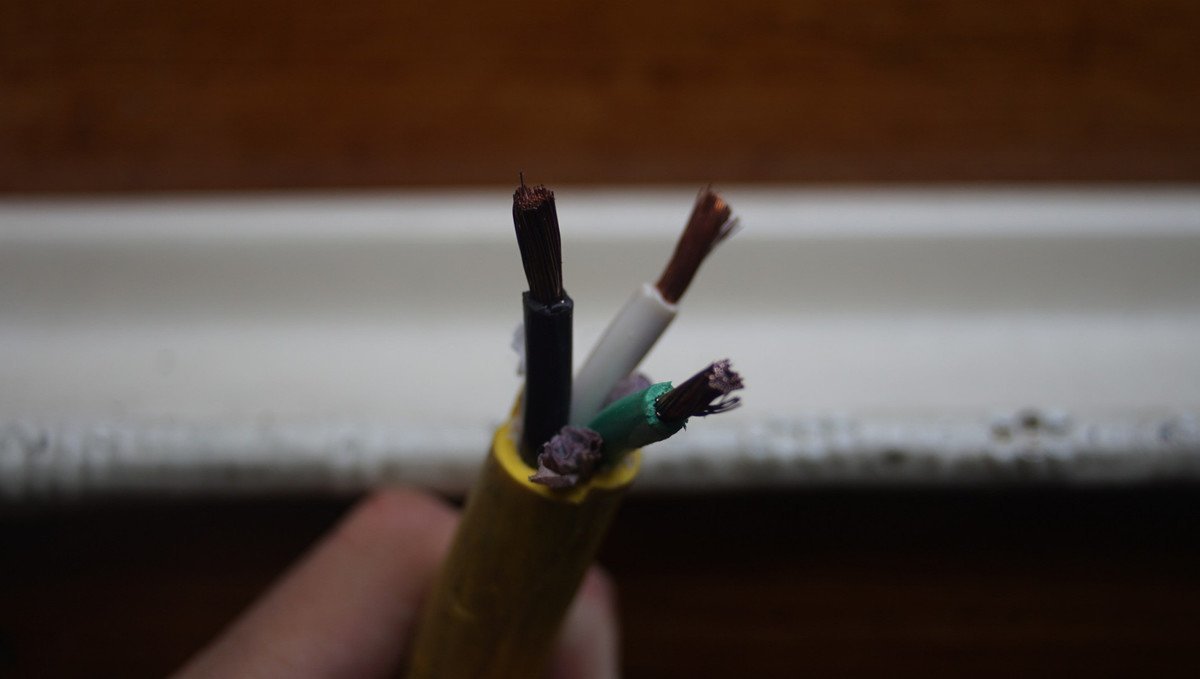 We stripped 1/4" of the ends of the 3 wires, and inserted them in their corresponding slots.

21.11.05.**Update. Ideally, we'd have to crimp on an electric ferrule and secure it with a pair of self-adjusting crimping pliers (like the Knipex model). This would ensure a better contact. For now, we did it without because we didn't have access to such a tool, but we plan to re-open it again to do it the right way. See this video(YouTube, German) to see how to properly crimp end sleeves (ferrules) on stranded wire. A problem with screw tightened over wire is that some strands may be "squeezed out" which creates more resistance, which can in turn cause a fire. We'd like to thank Merlin Büge who read this post and who brought this to our attention. **

Each slot has a screw matching the color of the wire. Then, we tightened each colored screw to secure each wire. 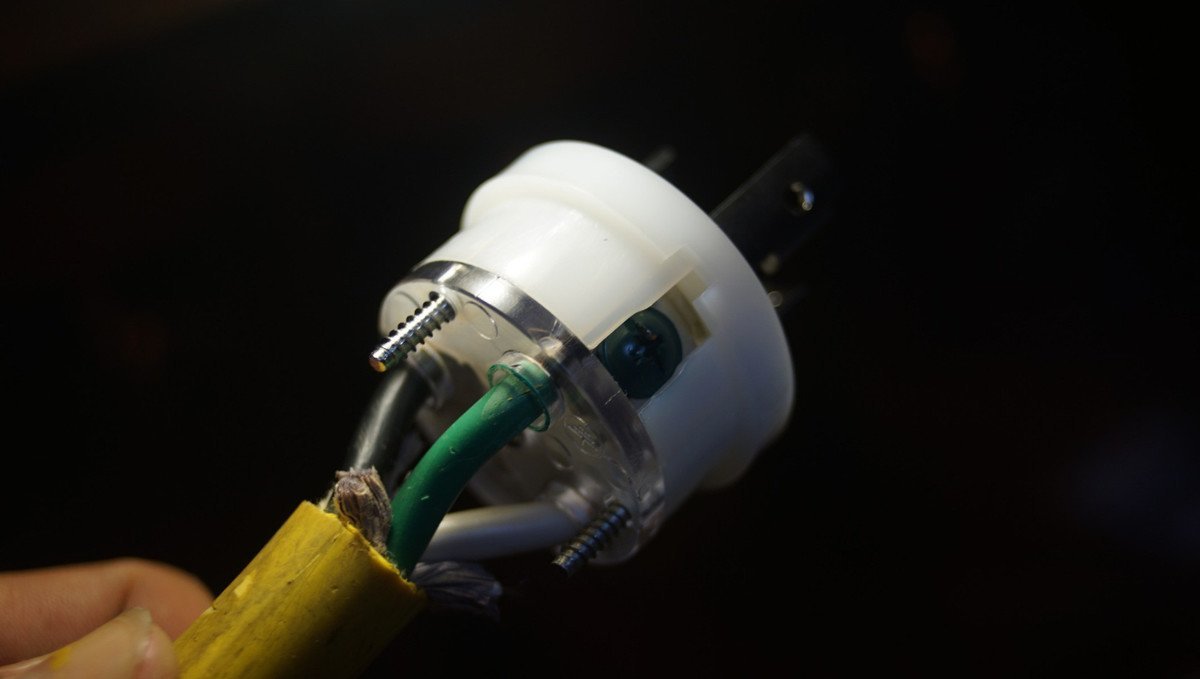 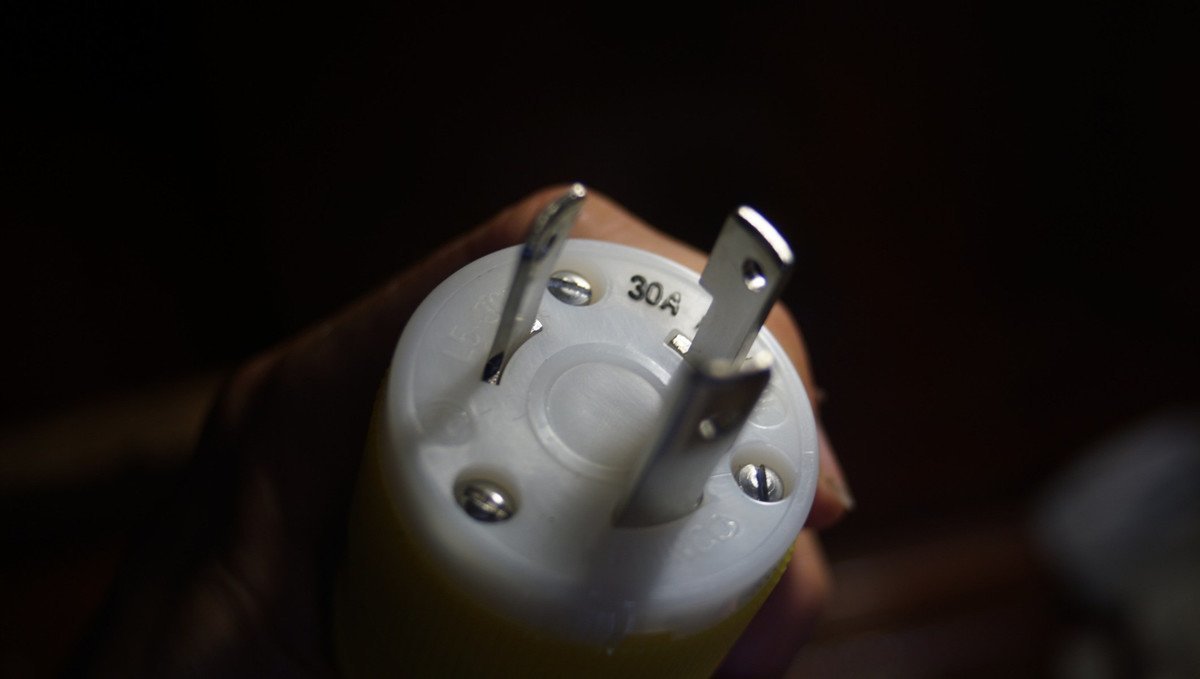 Then, we slid the weatherproof cover overtop with the lock ring in place, and voila! Our power cord was as good as new. 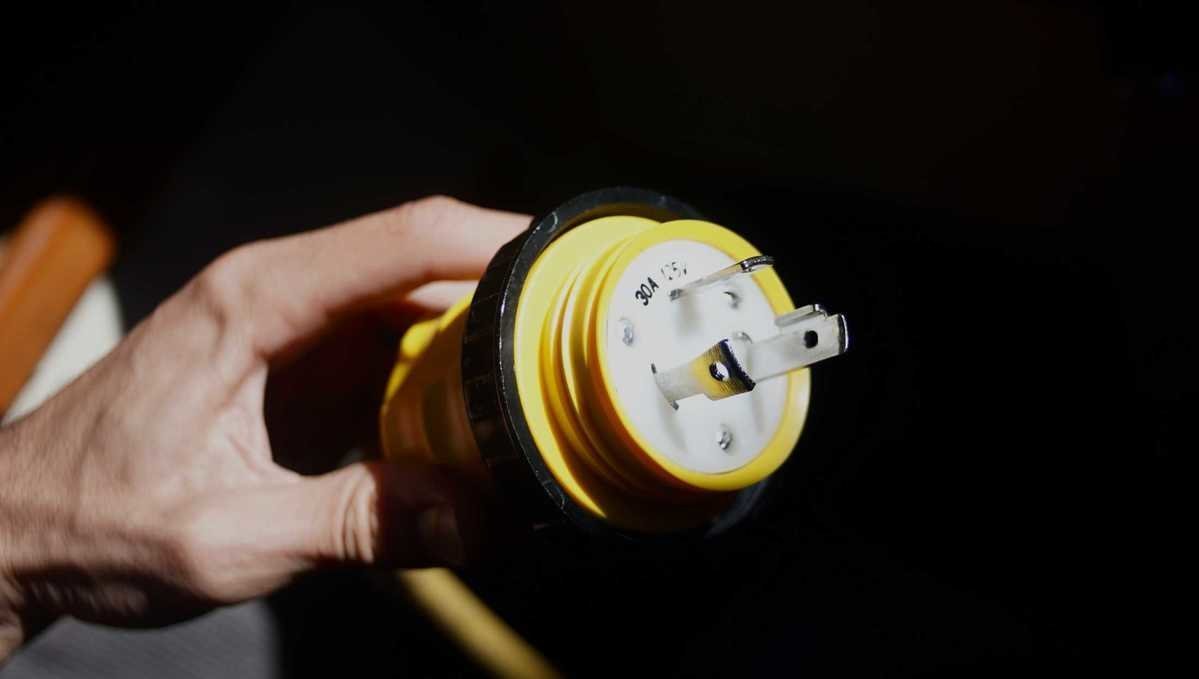