Hundred Rabbits is a small artist collective. Together, we explore the planned failability of modern technology at the bounds of the hyper-connected world. We research and test low-tech solutions and document our findings with the hope of building a more resilient future.

We live and work on a 10 meter vessel called pino, we have sailed around the Pacific Ocean and realized how fragile the modern-day computing stack was. Living in remote uninhabited parts of the world has offered us a playground to learn how technology degrades beyond the shores of the western world.

Read more about our philosophy and mission. See our floating studio's press appearances, and have a look at our onboard library. For monthly updates on our projects, see log.

drownspire was the precursor to Hundred Rabbits. We made art toys, jewelry, apparel and sold tickets to Chiptune events in Montreal. 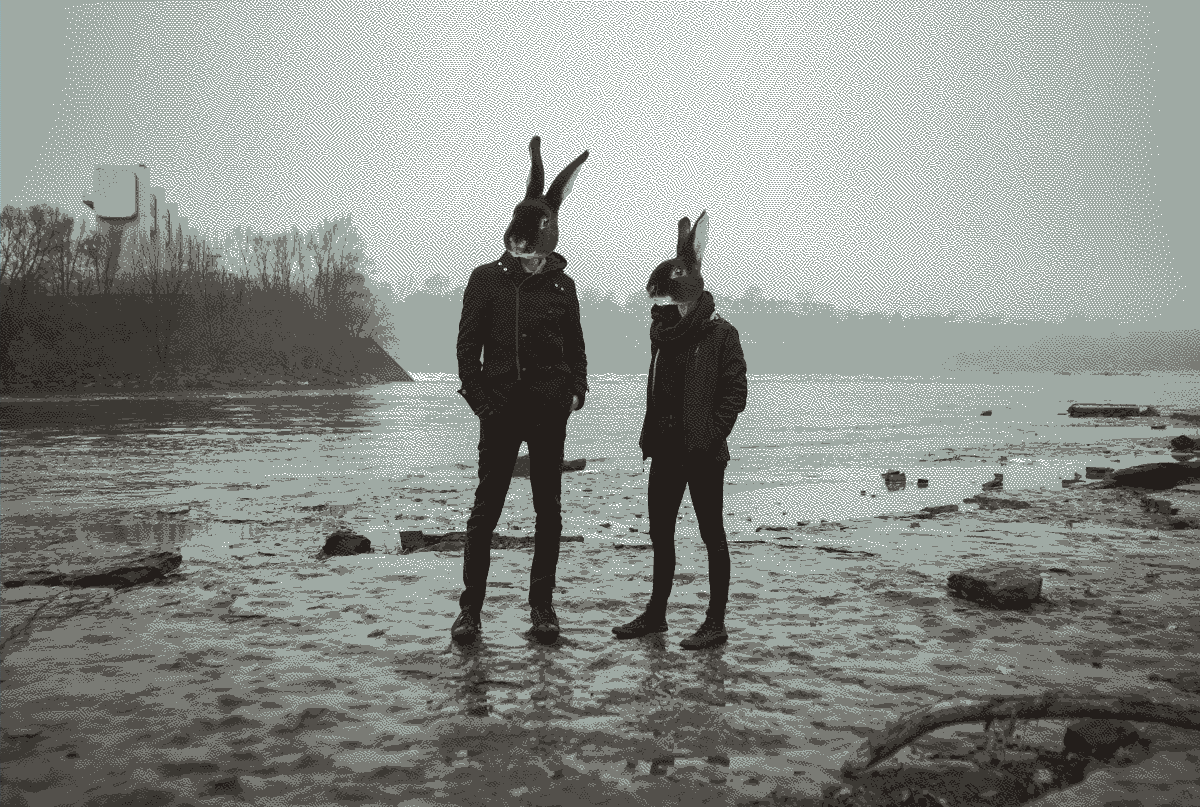 Rek(they/them, or iel) is a writer and cartoonist, Devine(they) is a programmer, artist and musician.

Over the years we have received a few requests for internships, while we appreciate the interest, our small operating budget, our erratic work schedule, and our intermittent internet connection makes this too difficult. 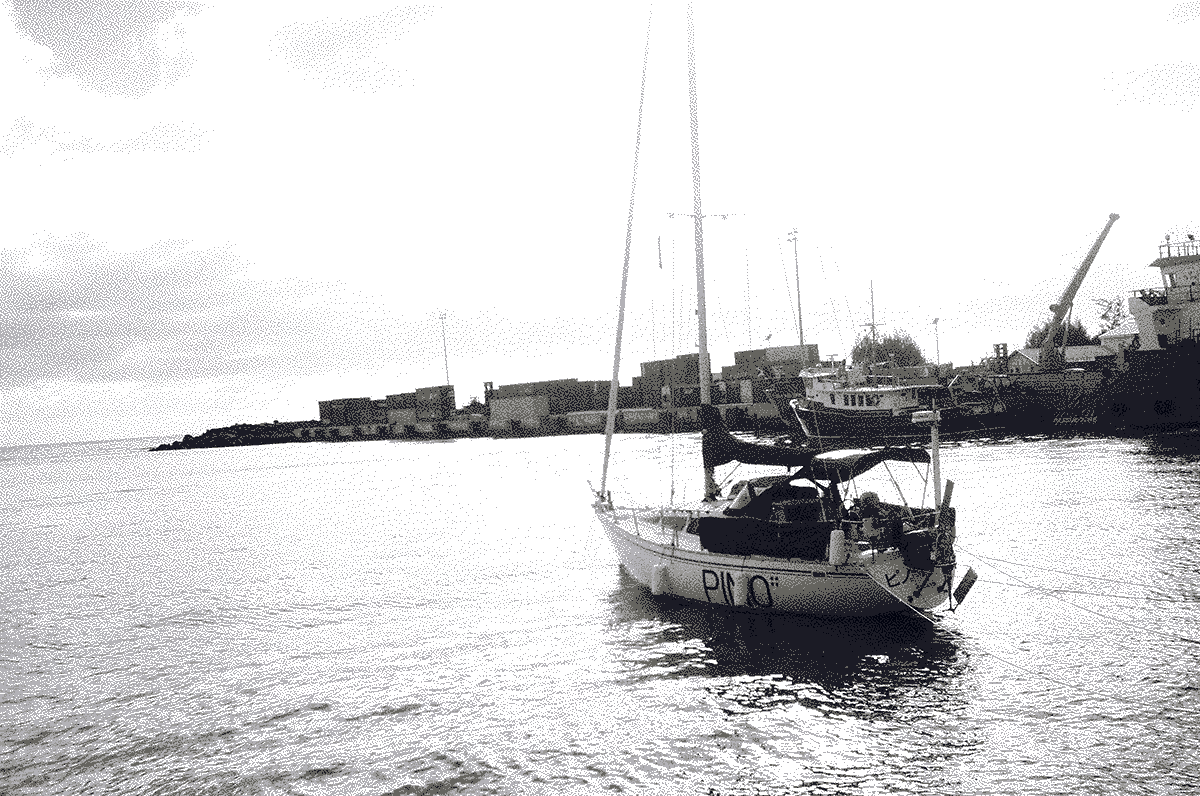 From 2012 to 2014, we lived in Japan. Rekka was working in an animation studio, and Devine, in a software company. On weekends and evenings, we worked on our first two games: hiversaires & oquonie. Originally from Québec, we were traveling back and forth between Canada and Japan often. We wanted to exit the wasteful loop of acquiring the necessities of life each time our lives were uprooted.

We had heard of people living on sailboats but neither of us had even stepped foot on one, nevertheless, we soon found ourselves watching the videos of David Wellsford, Teresa Carey and Nike Steiger, and became obsessed with the idea. Lack of experience aside, we thought that traveling was a good catalyst for learning new languages, for developing an interest in foreign cultures and ultimately for building empathy, curiosity, and creativity.

In January 2016, we left the cold of Montréal and moved west to British Columbia, where we purchased pino. Our curiosity soon led us to make our first trip out to sea, which escalated into a circumnavigation of the Pacific Ocean.

Our life at sea changed how we work, and how we think. We've always made art, and always will, but now we are working on ways to keep doing that sustainably, which translates to making lean and open software that are backward-compatible.

A boat, for all its complexity, is in fact a version of simplicity, but of a satisfyingly complex kind. - Adam Nicolson

This wiki is statically generated from a small C89 program, the sources are available here, if you find a typo, a broken link or have a code specific question, feel free to open an issue.

We carry many devices onboard, some for everyday tasks, while others are reserved for low-power situations.

Most of our computers are secondhand, donated to the studio between 2017 and now. We'd like to thank the following people: Josh Auget for the x250Thinkpad, John Eternal for the MacbookPro 2010, Brian Crabtree for the Pinebook, and Lloyd Williams for the MacbookAir 2011. 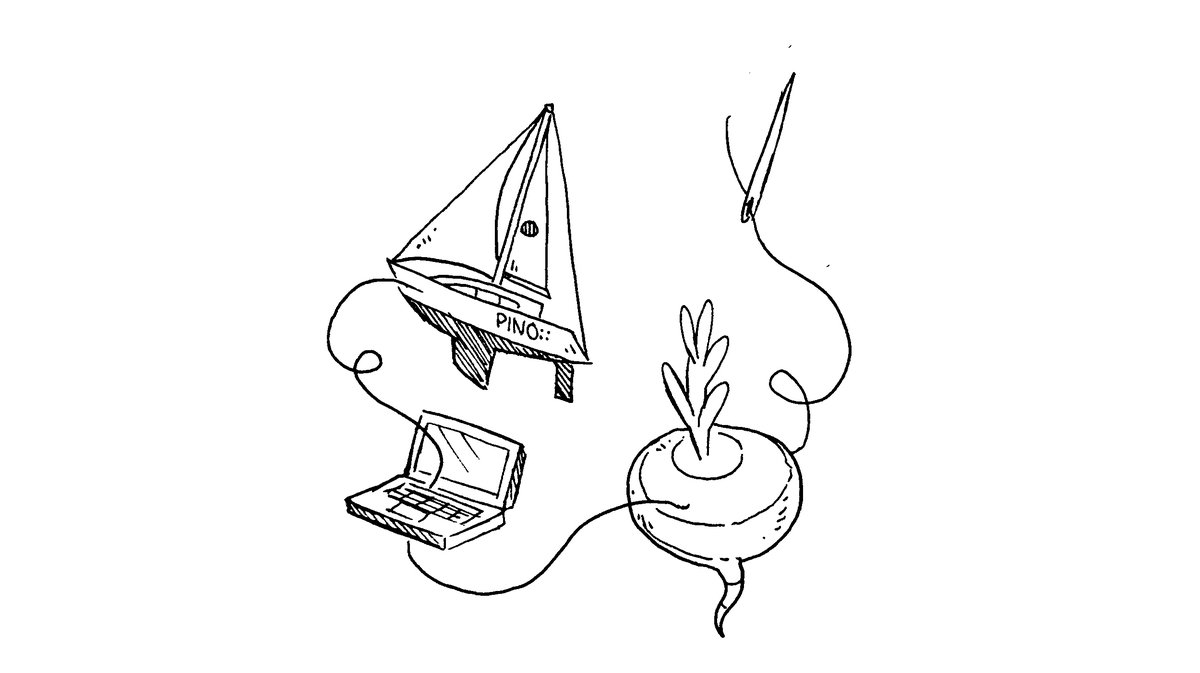 Videos. Between 2016 and 2020, we filmed our travels. We filmed regularly, but kept many experiences to ourselves, wishing to be present during worthwhile moments instead of hiding behind a lens. At the end of each month, we would watch our footage and write a summary of that month's events. We planned the monthly videos ahead, and we would gather footage based on what we needed. While one was busy recording the narration, the other would write music. We had our respective tasks when it came time to edit, but both of us took part in the filming.

In rough weather, we prioritize our own safety above all, and so we rarely had footage of rough seas. 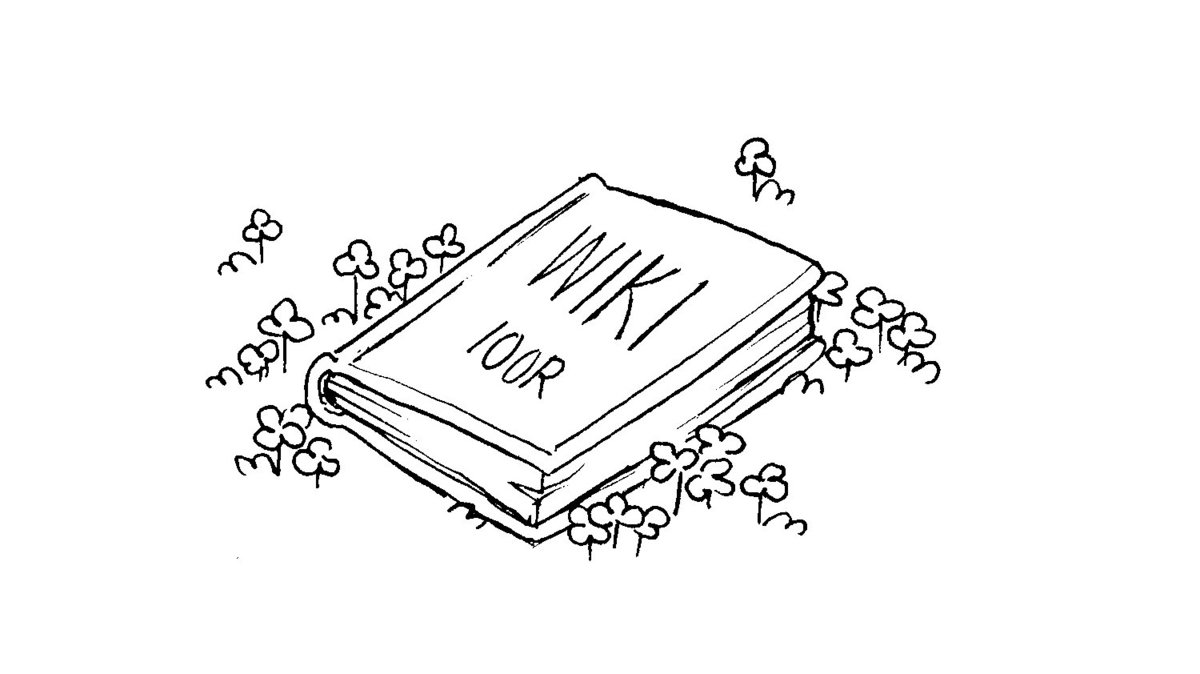 Wiki. In April 2021, this website was converted into a wiki. This type of website is a kind of archive and mirror of everything that we have done, and that we have learnt. It's a living document that outlines where we've been, and a tool that advises where we could go. You can download a copy of the entire website content and sources as a .zip.

The license applies to all the documented projects, the projects themselves and their assets. The source code of this website and our apps are under the MIT License, but the assets and text content of this website and of our apps are under the BY-NC-SA4.0 License. We are happy to pass knowledge, and that others can learn from our projects, improve on them, or make them into something else that is useful, but please, do not try to sell our projects as is under a different name. Doing so is very lazy, and disrespectful to us.

DO NOT resell or mint our work.

You can find our more recent projects on Sourcehut.

You can find the source files to all of our projects over on our SourceHut page.